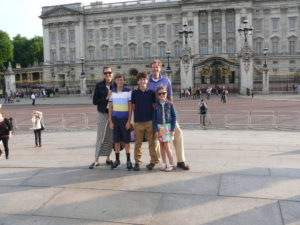 Obnoxious right?  WHAT’S UP!!!!  Obviously after a hiatus I got a little carried away on the Christmas card and have declared it the most ridiculous Christmas Card to ever be printed.  I won’t carry it over the top and share how we spent our summer, but it wasn’t on Daufuskie Island.  I won’t feel bad if you use the card to start a fire (or as a dart board), but I am admitting that I would deface it too.  It’s so bad I almost didn’t send it, but it’s been three years and we need to catch up.  Last week the Washington Post published an opinion piece by Lord Voldemort of the Yuletide, about Christmas card depersonalization, and we were all going to hell by sharing our accomplishments or parading images of our miserable family pretending to be happy. 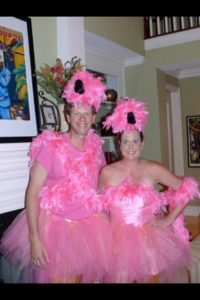 Sharing “A Wonderful Life” with images of our children that one had not personally met caused some to wonder who was even sending the card!  I was like, “Oh Snap! (PG version) That’s my card!  Luckily, ours includes pictures of my new skinny self, John wears a tutu, and I write a letter!” God has finally decided that we had been sucking on lemons for quite some time and cut Team Montgomery some slack in 2013 and I now make a damn awesome sweet tea vodka lemonade.  Maybe it’s because “The Secret” works.  Maybe it was because every time someone asked us to do something we said, “Absolutely!”  and then figured out how to get it done.  Maybe it was because God wants us to plant seeds after we suck on lemons.  But I’m just going to say “Thank You!” and hope you don’t reply, “Bless Your Heart!” (I know what that means and I use it frequently myself).  By pulling myself out of my seven year PPD and up off the copperhead hole, and because of awesome hereditary genetics, I have taken the Scarlet O’Hara approach to life and just worry about things that are outside of my control tomorrow.  I got up off the couch and am working with a personal trainer each morning to develop my keg abs and arm waddle and hope to be thong ready by summer.  Next year’s Christmas Card will be a Kim Kardashian inspired selfie. Due to this goal, I’m a little backed up in the laundry department and house a large sock orphanage due to sheer tricep muscle exhaustion. 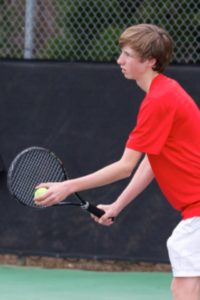 Since we last wrote, I quit chugging wine as an official coping strategy for motherhood and entrepreneurship and began beverage replacement therapy with ROCKSTAR and dropped 25 pounds.  I quit looking for a job that didn’t exist, and focused on the marketing of the website for John’s company.  He’s doing great, is busier than ever, and is still my best friend and soul-mate.  He has clients all over the world, and John gets paid to give speeches to entrepreneurs and national conferences all over the US when he’s not locked up in the basement.  I am the self proclaimed Cracker Tiger Mom and now possess an 2013 City Champion team tennis plaque even after my notorious cheating partner landed in the federal pokey after her embezzlement strategy failed.

Speaking of tennis, all three kids (now 13, 11, 9) are playing.  We gave up on basketball, soccer, football, and baseball due to sheer apathy on the boys part.  I don’t care what they believe, video game expertise is the fast track to living in my basement as an adult.  I ensure we are out the door at 7:15 each morning so Jack can get a morning tennis workout in before school and then drop off Jack and a combination of Ashton and Mignonne so they can swat balls until 7:00 each night.  They don’t home school like the rest of the prodigy planning to play the US Open at 18, but it’s all about character building and spending time as a family because I know the clock is ticking.  Just this week one tennis coach called us suggesting it was time to let him give some “focused attention” to Ashton.  How awesome is that!!!  All for $85/hour!!!   I’m certain we are paying mortgages for the coaching staff, but it’s cheaper than rehab, and we have yet to experience our own children declaring their life is over because of a loss.  We are super proud of all three little Montgomery’s, let’s just be clear.   But we also acknowledge that we spend our lives on the gerbil wheel and when they burn out we are going full court press into fencing.  Living the Dream people!  Living The Dream! 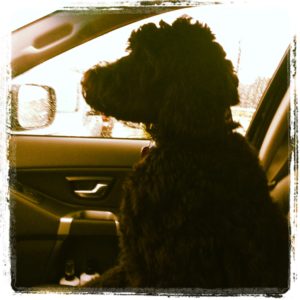 It’s all about perspective.  Lucifer, the Giant Schnoodle, became a total blessing once I got over Lille’s eleven day stay of execution during the 2010 Christmas Vacation. “Lucy” is the sweetest dog in the world and loves to show her love by humping short people and small children.  I took control of our relationship after my personally built picket fence for the backyard didn’t contain her.  Invisible Fence stepped up and increased the charge on the yard strong enough to electrocute a horse.  Lucy ate the duct-taped minivan (the documented source of my PPD), so we replaced it with a sexy Volvo.   Lucy rides on the dashboard or sticks her head out the sunroof announcing her arrival, much to the joy of pedestrians and fear of canines relieving themselves. I had only put 37k miles on it driving nine states of the Southern region seeking out genetically modified skilled tennis juniors drinking hormone enhanced milk to keep my children humble, before our environmentally conscious neighbors went all Whole Foods on us with their Obamarama tax credits and began zipping around town in shiny new electric cars that only go 60 miles on a charge.  So, in order to “keep up” with the Feldman’s, Lucy happy on long car rides, and fit the kids and racquet bags too, John said sayonara to my blessed 2000 BMW leaking oil on the garage floor.  You thought he’d buy a Prius?  Hell no, we’d look like circus clowns.  We now own a 19 foot gas bonging extended SUV very popular amongst rappers of the ATL, affording Lucy an entire wing to herself, and have improved the stock price of Shell Oil.  John is too embarrassed to drive it to see clients and contacts, so I am driving the silver 747 around town during my daily bus driver duty route like a well kept woman, and Lucy enjoys heated and cooled seats and her mandatory sunroof. John takes the Volvo to meet clients, and I am still visualizing my future golf cart and wind swept hair.

Because of Lucy, our house is transforming from a fixer upper to a fixed upper.  We’ll welcome company again after the New Year.  It was a very easy decision to install insurance sponsored new hardwood floors when our toilet leaked as Lucy thinks carpet tastes as delicious going down as it does coming up, and she had also eaten the staircase.  We replaced the front door into something stunning when Lucy decided that she didn’t like that she couldn’t see inside, so she used her paw and made a peep hole in the stained glass big enough for her big black wet nose to protrude inside.  We just completely redecorated the family room using someone’s first year college tuition because Lucy really likes the taste of mdf in tables and down-filled pillows and couch cushions, not to mention discovering this taste preference on our “old” down comforter in our bedroom (it’s now poly-filled).  It all started when Lucy experienced “duck” flavored dog food and stopped when she tasted Tabasco.  This summer, John and I installed a dog door for the shetland pony so that she can go in and out without tearing open the screen door because it doesn’t open inward.  Countless home-improvement projects have moved up on the to-do list, but now include a revised outdoor lighting plan as lights were in Lucy’s path while chasing after the UPS driver delivering packages across the street this afternoon.  We also no longer collect webkinz because we are housing a serial killer and her signature is eyeball removal and disembowelment.  A blessing this dog has become!  I don’t understand why the neighbors don’t socialize with us more.

Recently, Ashton broke Mignonne’s iPad. “Someone” came up with the brilliant idea in order to “pay” for the replacement screen, Ashton “Minecraft” Montgomery would work for Montgomery Capital.  John is a little stressed preparing for his newly acquired, highly skilled intern eager to start with the company.  However, John is confident he can manage his staff and spends nights and weekends writing our first training manual entitled “A sixth graders guide to Mergers, Acquisitions, and Corporate Finance.”  It should be a really interesting read, but don’t judge, this is one thing that Cracker Tiger Mom believes will make him “unique” for his white boy college application and pay for our retirement.  For the record, John thinks “the secret” is hogwash, but we have a difference of opinion, and I am sticking to my story (John also thinks the NBA Finals are legit).  Until we unite again in over-sharing beyond Facebook, please enjoy the Merriest of Christmases and the Happiest of New Years.  Here is to the fruit of 2014!