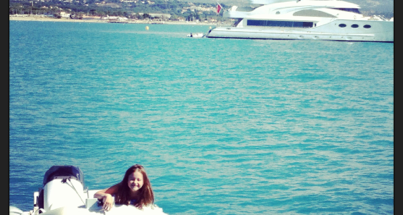 White Girl Problems® It’s not really registered, but it makes it funnier.

Can I believe that I haven’t updated this place in two years?  Shouldn’t come as a surprise, I haven’t sent out my infamous Christmas letter either.  If I am completely honest, I just haven’t been inspired.  Something really shitty happened almost 3 years ago and I am STILL waiting for our legal system to put the dude in jail.  What sucks is that he was like a brother to us.  Another day I shall share that story.  But, hence the silence.

In the meantime, life has been meaningful.  Truly turned around since I escaped to my island on a lifeline.  John’s business finally took off and hasn’t slowed down.  Guess that’s what happens when you just let go.  I never did go back to work.  Maybe it was the Firefly talking, but when the consulting firm called me as I was sitting on the beach with my three kids and the recruiting director told me that the only job they had for me would require 100% travel, instead of throwing myself into the surf, I looked out into the water and saw my three children swimming in the place that they love and surrendered to being a mom.  Never going back to work.  Just going to have to figure out something else to do.

We spent our next summer on our island, finding another house and refrained from really confronting the opportunistic snake that slithered into our summer home.  Our new place was in a better location and right next to Gloria.  This summer we ventured instead on a three week tour of England and the South of France (on a private yacht even).  I now just look at everything as a blessing and am constantly finding myself in situations where the only thing to contribute to the view is my now favorite saying, “This Doesn’t Suck”.  I still can’t wait to go back to my island, except maybe now instead of renting a place, I want my own.

My father is now in full-fledged Alzheimer’s hell, and my mother is barely surviving it.  My husband is doing really well with his business, and my children are are actively pursuing their junior tennis endeavors.  Junior tennis makes me crazy.  I mean, absolutely bat shit crazy.  I feel like it’s me, the white girl, against the world.  And my job is to sit there, track the matches, and pay for it.  One of the things that makes it all worth it is the joy that my children feel when they win a match, or win a tournament, and the entire journey is the quest for the next match victory.  In one year, Jack has played over 100 tennis matches and we have travelled to North Carolina, South Carolina, all over Georgia, Alabama, Louisiana, and Kentucky playing in tournaments.  Over 20,000 miles driving.  During those 20,000 miles, Jack and I have become closer.  We spent one weekend driving over six hours each way to Louisville, Kentucky and played “the question” game the entire time.  No radio.  Just questions with honest answers.  No limits.  Me and my 12 year old (at the time).  We’ve also bonded watching Downton Abbey on the iPad in Courtyard Marriotts.  Wouldn’t trade that for the world.

In other achievements, I gave up drinking alcohol for 11 months out of the year (can drink in July) and I lost 20 pounds and look and feel fantastic.  I now drink Rockstar and realize that the suburbs are loaded with functioning alcoholics.  Just sayin’.  Can you give up drinking for 11 months?

A good friend from years ago just posted on my Facebook that I had “white girl problems”.  And I love it.  It puts it all in perspective.  The little things that get in the way of my day being perfect are nothing in comparison to the real world that the majority gets faced with on a daily basis, I get it.  But can’t this White Girl complain?  If we always settle and smile our “bless your heart” grin while pretending that what bull-s&!& someone presents to us as “fair” because we are “lucky” or “blessed”, is that any different than the problems that those that have really crappy circumstances accept as “okay” as well?  No!  I say “Speak Up!”.  Never play victim of circumstance.

It’s no surprise that I am an outspoken woman, but I seriously try my best to blend in.  One thing that has helped me these past two years is to just focus on what is right in my world instead of all the problems that could drown me if I allow them to enter my brain.  The secret?  Sort of.  But really, it’s the internal laughter of my acknowledgement of my White Girl Problems and the acceptance that some stuff doesn’t even matter and just keep looking ahead.

My white girl problems aren’t those of what Urban Dictionary may explain as teenager in the Hamptons with her BMW out of gas.  Well, maybe they are?  But some days I like to just focus on my WGPs in order to not worry about the storm that is brewing, or the loss of my father to Alzheimer’s, or managing the relationship with my sainted mother which is out of control, or worrying about deadbeat clients and if they are ever going to pay their bill.  White Girl Problems® are fun!

Life is great, if you let it in.