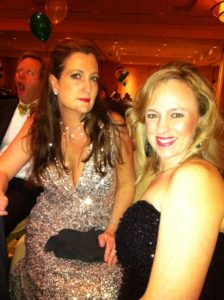 First let me say that last year I didn’t bother writing a letter.  It’s not that I didn’t have anything to share, because I did.  It’s because I didn’t have the energy to do so and was surviving this trip by repeating to myself something about the secret and that it wasn’t all a big joke but had meaning and there was some lesson to it all that I was supposed to be learning and so I better concentrate and get with the program and figure it out because the entire journey was one crisis after another and I was over it.  So, that’s not funny.  My Christmas letter is funny, and that’s what I am delivering this year.  Let’s have some fun.

So now that 2011’s missive is covered and thank God that Alzheimer’s is alive and well in my family and I can just forget it ever happened (and some parts of 2010 too), we now are completing 2012.  I will start by saying I entered 2012 with a muffin top that Spanx couldn’t contain and a liver that was so fat that I didn’t feel any effect from a bottle of wine, or two.  I also had run out of my “Xanax” that I had hoarded and needed to fess up to my own secret which was I really enjoyed my glass of wine, be it after dinner, before dinner, or after breakfast.  It’s 5:00 somewhere?  It was time to separate myself from people and the things that were out of my control and reflect on my own decisions and those outcomes.  I stopped the sauce, (not that there is anything wrong with it), and have dropped 25 lbs. and am proudly skinny again.  So, enough about me.  Let me discuss how I’ve tortured my children into being successful since that is what motherhood is REALLY about. 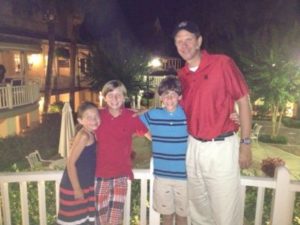 I have come to the conclusion that my children are inherently lazy and would love nothing more than a career living in my basement eating Oreo’s, playing Legos, or the Wii, and the video game of the Devil “Minecraft” but they have to move out and support themselves one day, (and John and Myself by the time we are done paying for them).  Therefore, I have become an Asian woman.  No one is allowed to have a B without being grounded.  They all have to play tennis, and no one has any free time to play video games.  Not even on the weekend.  If they get a B they lose their computer priviledges.  I’m not meaning a B average either.  Nope.  I have dropped the Hammer on my children.  I mean a B on a spelling test, quiz, test, homework assignment.  Both Jack and Minnie have achieved perfection on those silly standardized tests and the report card.  Ashton has potential, but still hasn’t taken me seriously as an Asian woman, and I’m still trying to figure out what nationality I must be in order for him to take it all seriously.  He’s so darn cute, he’s going to be very popular at the Frat house. 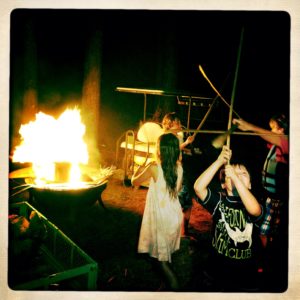 The heirs tennis career has consumed our lives this past year because we’ve mastered the education threat and being a Tiger Mom.  So now twice a month “because we can’t have any free time” and “certain things die after 48 hours”, the entire weekend, Montgomery Inc. is travelling across Georgia and now the south playing tennis tournaments.  I am thinking of making a “Montgomery Tour” t-shirt for my kids that says where they’ve played tennis this year (Jekyll Island, Sea Island, Daufuskie Island, Augusta, Athens, New Orleans, Charleston, Savannah, Peachtree City, Rome, Louisville). Jack’s done very well, so well in fact that we’re having to cross state lines to have him move up in his rankings and play the better children.  2013 will place us in Knoxville, Macon, Hilton Head, Mobile, Montgomery, Auburn, & Charlotte by the summer.   Jack’s winning tournaments and playing a lot of kids that are professional “home schoolers”, and multi-nationals, and right there in the mix of it all.  We have an inside joke of “Let’s Go” spoken in a “Western” accent at random times while playing and call our children “Money” while playing which is secret code for “GET THE F’ING BALL BACK OVER THE NET AND STOP MAKING DUMBASS MISTAKES!”.  Money is short for “MoneyBall”.  Minnie has had success as well when we put her in tournaments that work for Jack.  There she is, with her crazy knee socks, fashionista tennis attire, crazy animal hat, speech impediment and one front tooth, out there playing competitvely as an 8 year old against some serious 10 year old that is going to get grounded if they lose.  Minnie draws penguins on the cross over with chalk to keep track of her games won, skipping while she gets there, and chats up several of her Webkinz that she has placed on the bench to keep her company.  It’s all a distracting technique guaranteeing her success as her opponents parents are freaking out on the sidelines as the court is covered with drawings of penguins and seahorses.  She’s won two doubles tournaments and one singles this fall, and made it to the finals or semi finals of several others.  It’s hilarious and absurd all at the same time.

Tiger Mom has laser focus on acceptance into an Ivy League school that has an engineering or sciences program and tennis team.  Or worst case, Washington and Lee…since my experience at Sweet Briar taught me it would have been so much more fun to go there, and Nicky Montgomery’s full scholarship proved it.  Jack’s building his resume and achievements– Principal’s Honor Roll (All A’s), All District Chorus, All State Chorus, Science Olympiad, School Newspaper, and Tennis.  Duke Scholars program has him taking the SAT in January as a seventh grader.  Minnie and Ashton are along for the ride and are benefitting from our mistakes as parents, so it’s much more efficient for them.  Gunner n. – A person who is competitvive, overly ambitious and substantially exceeds minimum requirements. 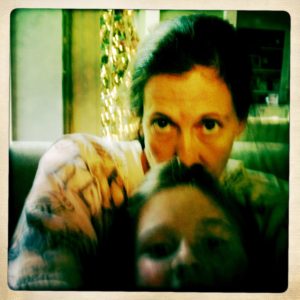 Living in Gunnerville is driving me crazy and I really feel that this year I’ve taken “nit picking” to a whole new dimension.  Let’s discuss.  LICE.  OMG.  If I could just get through the rest of my elementary school parenting career without having to deal with that ever again, I’d feel blessed.  After twelve weeks (I’m not kidding) of screaming to the school for some relief they FINALLY found patient ZERO in Minnie’s class.  Holy Mary those creatures have caused me to lose weeks of my life.  My children would arrive home from school with me greeting them at the door for inspection prior to entry.  A hitch hiker would have travelled home thinking they were getting a sleep over at my expense, but they had another thing coming.  Dear God, I thought 2011 almost killed me.  Mind you, I survived the challenge SOBER.