What Marketing moron at Webkinz.com decided that it was corporately responsible to sell Groupon or Living Social banner advertising on Webkinz.com so that my daughter could provide her email address?

Dear sirs,
What marketing moron at Webkinz.com decided that it was corporately responsible to sell Groupon or Living Social banner advertising with Webkinz.com so that my six year old daughter could click on their link and register her email address and provide the city where she lives? What type of Corporate responsibility is Webkinz displaying by providing links to the outside where by 6 year olds can click and give out an email address? Are you kidding me? This morning she received an offer for Microderm abrasion! I tweeted this yesterday, but I’m REALLY angry now. Your website should be a protected environment. We’re allowing our children to be on your website by purchasing a ridiculous animal that has a year long life span, thus a subscription for a safe environment online.
In a reply tweet from @Living Social they let me know that they have “great family deals”. Okay, so I guess that email this morning that suggests she can buy microderm abrasion for $60 (a 52% SAVINGS) is really targeted advertising….sure, we’ll charge you 50% of the revenue we’ve collected because we’re sending your deal out to 50,000,000 registered Webkinz children. Absolutely revolting and predatory.
#Fail on your business. 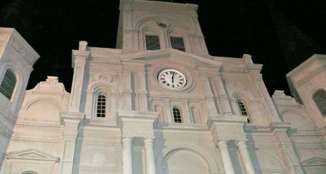 “Thank the Lord, Our Father and the Human Race.  Never take the last piece of bread, because someone might need it more.”

This week the world gets to turn it’s eyes away from all things Charlie and watch ABC’s Secret Millionaire, which premiers Sunday on ABC.  I see bigger things for Secret Millionaire that I don’t think it sees for itself, and it didn’t see for itself back in 2008 when the reality show was produced on Fox.

Dani Johnson, a 41-year-old mother of 5 is now a millionaire.  She wasn’t always that way.  In fact, according to Dani, she was homeless at 21, and a millionaire by 23.  How in the God’s blessing did she do that?  The show doesn’t say, which, for me, was disappointing, especially since I’m younger, with less kids, and terrified of being homeless, so I’m constantly working with my husband to make his business succeed. I believe that God gives you what you can handle, and I believe in The Secret, which is that individuals attract their life.  You get what you work for and attract.  You only get it if God blesses you with it, you can handle it, or when you are ready.

Dani’s been married for 19 years to the same man, and it all looks like her life turned out just fine, but HOW?  She doesn’t say.  Was it a little bit of luck, prayer, or a multilevel marketing scheme?   We don’t know, so I continue to watch….

Dani gets $40 to buy groceries for the week, and gets to drive an old car and live in a one bedroom dirty apartment for the week.  Here’s my comment on the dirty apartment:  cheap doesn’t mean it has to be dirty.  Poor can be clean.  Just because someone is poor, doesn’t mean they have a dirty house, although I guess if you were moving out of the homeless shelter and into the projects, you’d be moving into a house that someone moved out of and really didn’t need to worry about the deposit being returned.  The show doesn’t really go into Dani’s free time, and I chuckled when they showed her going to bed and closing the door, because she went into the room without a bed…it was my guess that she hopped into the car and checked into the Best Western down the road with the film crew as the bathroom was disgusting and the show didn’t really go into that.

The premise of the show is this:  MILLIONAIRES LEAVE THEIR LIFE FOR A WEEK, GO INTO A COMMUNITY THAT IS IMPOVERISHED AND VISIT INDIVIDUALS AND ORGANIZATIONS THAT ARE DOING SOMETHING FOR THE GREATER GOOD (I.E. COOL CHARITY ORGANIZATIONS).  THE MILLIONAIRE VOLUNTEERS, AND THEN AT THE END OF THE SHOW DONATES MONEY TO THE CHARITY SO THAT THEY CAN CONTINUE TO DO GOOD WORK.  THEN THEY RETURN TO THEIR LIFE, BUT ARE PROBABLY CHANGED FOR THE BETTER (BUT THE SHOW DOESN’T GO INTO THAT).  THE SHOW HIGHLIGHTS THE PEOPLE AND ORGANIZATIONS IN THE COMMUNITY THAT ARE DONATING THEIR LIFE TO SERVING OTHERS AND THERE IS A LOT OF CRYING BECAUSE THE CHECK PROBABLY COMES AT JUST THE RIGHT TIME.  MEN EVEN CRY ON THE SHOW.

We get to meet sisters Helen Ash and Ellen Turner from the Love Kitchen in Western Heights, TN.  The area is so depressed; there are abandoned houses, schools that have been shut down and not bulldozed, and a lot of people sitting out in their yards in folding chairs.  It’s hot outside.  But Helen and Ellen are so freaking excited and happy, and blessed, and happy, and old, and smiling….did I mention that they are happy?  They provide 2000 meals a week and their fried chicken looks really good.  They have three rules for living.  Thanking the Lord, praising the heavenly father, and the human race.  And never take the last piece of bread, because someone else might need it.  Everyone that goes there to get something to eat is really thankful too.  People that receive charity are thankful.  Ellen Turner is currently in the hospital in critical condition, suffering from pneumonia, so she probably needs a world of prayers right now.

We get to meet The Joy of Music School (Because Inspiration Should Be Free) www.joyofmusicschool.org and Francis Graffeo, the executive director.  This is a beautiful organization, and was inspired by the W.O. Smith School in Nashville, TN as a school that would provide free music lessons to low income children and children of Boys and Girls Clubs of Knoxville.  Dani goes and volunteers in the organization under the guise that she’s working with a documentary crew about volunteerism, by the end of her time with the school, she announces that she’s a millionaire, and donates $40,000.   Francis bursts into tears.

And finally, we get to meet Jennifer Swain, the executive director and mother of 9 for Special Spaces (www.specialspaces.org).  Special Spaces renovates bedrooms for kids with life threatening illnesses, but the something bigger is that they are willing to help others start their own charter in order provide the same service in their area.  Jennifer!!!!  This is where my dear Dani should have visited your website, listened to your “3 years and you are old of money”, and given you the Millionaire advice: “You should be paid for your full time job!”  Just because it’s charity doesn’t mean you can’t make a living doing it!  You have created a great charity.  Do you think that the President of Goodwill doesn’t get paid?  Running a charity and volunteering your time are two different concepts.  Dani should have put you in contact with the right people to get you what you need so you can afford to do what you love.  You have an opportunity for a national charity, and it is so much bigger than what you thought possible.

As the credits rolled, it really bothered me seeing Dani announce, “I’m a millionaire” and seeing the lady working in the background at The Love Kitchen’s mouth drop open as she handed them a $20,000 check.  Again, the show doesn’t say how she became a millionaire and the poor lady in the background doesn’t understand it either, so I Googled Dani, and I was right. (www.danijohnson.com).  Dani Johnson is an Anthony Robbins type motivational speaker, but a woman.  There is a client quote on her website that states, “I went from having three people in my down line in three months, to having about (33) in 1 and a half months”.  Down line.  MLM.  Not that there is anything wrong with that, the chick is rocking it through business seminars where she injects inspirational speaking ($400) and tapes ($97) into her audience, or for $750/hour, she’ll talk to you on the phone, although her website said she’s too busy these days to talk to you on the phone, but someone else that she has trained can help you out, for the same price. The show really doesn’t go into how she made her millions, but I did.  Again the show can be so much more.

As I was snooping around on her website, I fell upon her blog.  Dani could have blogged about her experience, but she didn’t.  Maybe she will?  What does Dani really think about what she did?  How has it changed her life?  Not the self-promotion part and how her income has now tripled (which will of course get more butts in the seats of her seminars and sell more tapes and currently she’s too busy to talk to you on the phone), but the other part.  The charity part, the giving back part.  She has an organization that she works with called Kings Ransom, so she does give 10% of her revenue to charity, but that’s not my point.  How is she using her connections to pay it forward?  I guess I need to fold some laundry and watch the Oprah episode that she was on.  Let’s see on Monday if there is any life lesson content on her site to promote what she did and how Millionaires should give back, since their money has to come from somewhere….as of this morning, all that is on her website is press for her television appearances.

Nevertheless, the show should give some big company’s marketing department an idea to GET UP AND DO SOMETHING.  If not, let me spell it out for them again, which is where the feedback from Fox’s stab at the show back in 2008 landed.  My idea is this:  prior to the visit by the secret millionaire, large corporate donors (that the millionaire can hook up with or have ABC get to sponsor them) should be ready to help the millionaire fund the organization with all of the supplies and funds that they need to truly do good work.  (The Today Show does it all the time!)  Not only does the millionaire get involved and hand over a personal check, but also, millionaires typically have connections, and connections with lots of money can change the world.  It’s a little bit of extreme makeover home edition, but extreme makeover charity edition… Not only the secret millionaire is volunteering, but the millionaire’s family should be involved too.  Bill Gates, Warren Buffett, Oprah Winfrey, Bloomberg, Facebook’s Zuckerburg, The Catholic Church… could all be resources to provide additional funding – Coke, Home Depot, Lowe’s, Ford, UPS, Rooms 2 Go, US Based companies, the VC firms that backed the entrepreneurs, local banks…has anyone contacted their charity organizations?  Oprah loves education…. Charities are beautiful things, as this show does a great job doing.  ABC is a big budget company.  Selling commercials to promote this low budget show, funded by the entrepreneur getting PR for their company or life’s ambition, there just needs to be something bigger for my time, and a little bit more planning.  How much did ABC make off of this?

Side note:  During the Oprah taping, Oprah kicks in $20,000 of Kroger gift cards and $5,000 for new appliances – see, this is what I’m talking about, not just one donation because of promotion of the “show”, but every episode.  Bigger, change their destiny sort of thing, because someone discovered them!

This show is bigger than it knows.